City officials recognized the officers who helped save the life of a Colleyville resident in September 2018. Officers 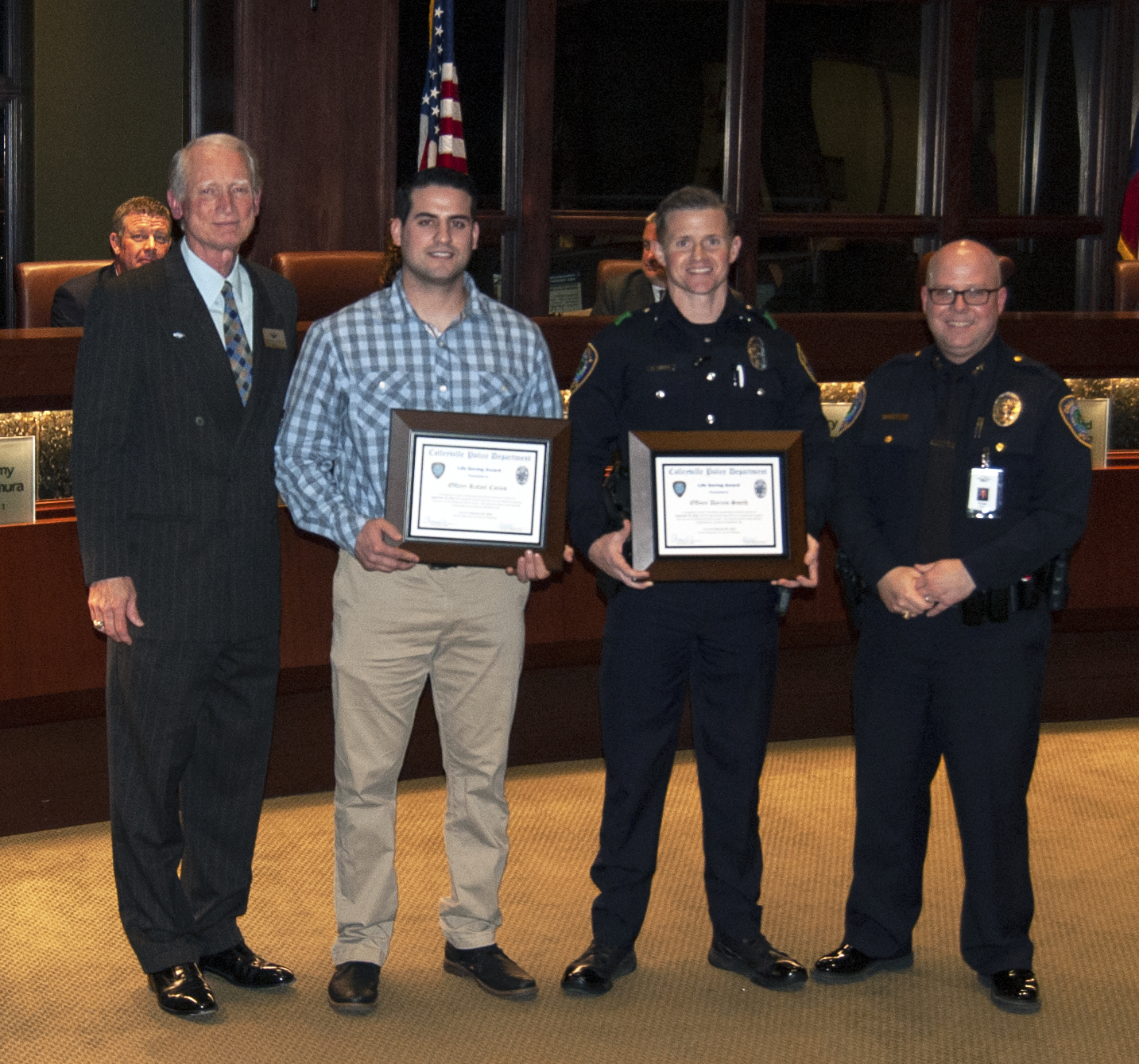 Rafael Cortes and Darren Smith responded to  a call regarding a man found unresponsive. When officers arrived, the man was not breathing and did not have a pulse. The officers immediately started administering CPR until paramedics arrived on the scene to take over care of the patient. The patient lived and even made a visit to the fire station to thank the officers and paramedics who had a hand in saving his life.

City officials applauded the efforts of these outstanding officers and they were each honored with Life Saver Awards for their actions. There is no greater service than saving another person’s life. We commend both Officer Smith and Officer Cortes for their quick response and lifesaving actions. Because of Officer Smith and Cortes, two of our citizens were given another chance to live!